Jean-Luc Guionnet (1966, Lyon, France) and Edward Perraud (1971, Brittany, France) have been working together in ensemble and duo combinations since 1995. I became aware of them through their work with Joe Rosenberg. In listening to many examples of their duo work, I was so impressed by their conceptions I suggested that, time willing, we document their duo work when Joe came up to do his CIMP recording (CIMP 258). That recording in itself was remarkable, as the music will attest and my notes attempt to illustrate. So, the next morning we undertook this effort.

Jean-Luc and Edwardâ€™s concept, developed over the past 13 or 14 months, was to do one continuous duologue for 1 hour. The piece is called Heur which is a (French) word play on an hour and luck. In the months prior to this date they had worked out their strategy. On this morning, after a relaxed breakfast, some warm up, sound checks, and review of strategy, they were ready to go by about 10 a.m. (or, as Edward pointed out, 4 in the afternoon in France). They requested only a large-faced clock to monitor their adventure. (Ironically they disregarded the clock, as Jean-Luc later noted, â€œI stupidly forgot to look at the time when we started.â€ ) They said there would be no breaks and that the (sound) dynamics would be very big.

Extended duo improvs are an ambitious task and require either a lot of confidence or foolishness to attempt. My experience is, its chance of success is greatly enhanced when it involves players who have a long and/or intense track record with each other ; Herb Robertson & Phil Haynes or Paul Flaherty & Randy Colbourne being 2 fine examples. And, of course, my concern is to produce a recording that is not an hour of self-indulgent bullshit.

Jean-Luc and Edward here exhibit excellent pacing. On first hearing one can only speculate if they will arrive, but the attention is kept. For much of the time I found it interesting that it was the horn that seemed to be pushing through the landscape with the percussion fine-tuning or dressing-up the newly forged path, while at the clearings the percussion tended to lead by expansively opening up the vistas for the sax to play into ; or so it seemed to me. I like to hike trails, more so than cut them, and so this is the imagery that came to my mind. One could, depending on their circumstances and/or environment, project more urban or oppressive imagery Iâ€™m sure. No matter what, the soundtrack is here. For me it has narrative qualities â€“ even therapeutic. Itâ€™s apparent to me the participants have a clear direction (and a wonderful sense of tension and space) and, if my understandings are at times less than completely clear, there is no sense of abandonment, no smug suggestions of some arcane vision, only an outstretch of welcome and an adherence to an intellectual logic which is sensical.

Give yourself 56-1/2 minutes of dedicated listening to this concert and see what happens. Music can really be amazing. 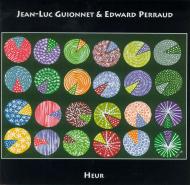